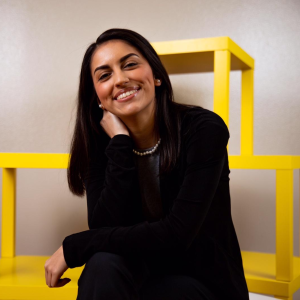 On the outskirts of the small town of Parkersburg, West Virginia, Wilbur Earl Tennant owned a ranch in crisis. At least one hundred calves and fifty cows he owned had died for no obvious reason. Something unusual was occurring. Investigative efforts of recordings and photos helped Tennant assume that his cattle had been drinking poisoned water from the stream on his property. The ranch, also known as a Dry Run because of the spare rain, was adjacent to a landfill that was on the other side of Tennant’s property line. It had been a dumping ground for unidentified waste for the past thirteen years; the company who bought the land still allowed Tennant’s cattle to graze the area. Tennant had to perform autopsies on his own dead animals since local veterinarians refused to help. He observed the animals died from a cancer-like disease indicated from black teeth, yellow liquid gathered around their hearts, inflamed gallbladders, abnormal kidneys, thin spleens, and dark purple splotches on their lungs.1 But how could so many young calves and adult cows develop the same disease in such a short time?

Figuring out what was killing his cattle was not the only challenge Tennant faced. Now that he thought he knew the source of the killing, he could not find an attorney willing to help. So oddly, he decided to contact Robert Bilott, a corporate defense attorney. Tennant had spent the previous two years attempting to find counsel to gain compensation. However, they all became immediately uninterested when he explained the landowner in question was DuPont. This included “government folks” and the Environmental Protection Agency (EPA), who claimed to look into the problem. On the day Tennant spoke to Attorney Bilott, there was evident desperation in his voice. This call put Bilott in an unexpected situation. It left him unsure of his options, especially since Bilott was commissioned by a corporate defense firm. Nonetheless, he was intrigued and interested. Yet he remained cautiously skeptical that pursuing a case against the 200-year-old, well established, chemical corporate Goliath, like DuPont, might require a much mightier “David.”2

Before starting this case, which ultimately changed the trajectory of Bilott’s career, he had a typical life for a thirty-two-year-old husband with his wife Sarah and their six-month-old son, Teddy. Bilott was also in the process of becoming a partner at his firm of Taft Stettinius and Hollister LLP. Two weeks after making the call, Tennant and his wife arrived with boxes of videotapes, documents, and photographs to present as evidence and provide reasons for Bilott to take such a case. In the presentation of the tapes and photos of dead animals and white foam spouting out the creek; it was crystal clear. There was something wrong. A second conclusion came to Bilott’s mind; Tennant was getting sick as well. Although this case would go on to take many unexpected turns, Bilott’s superior Tom Terp allowed him to take the case under the assumption, it would be straightforward. However, this first step became a proverbial poking the giant Goliath, discovering more than Bilott ever bargained for.3

Bilott and his locally licensed co-counsel Larry Winter filed a lawsuit. It alleged improper management of waste at the Dry Run Landfill that violated permits and had harmful materials. If successful, the suit could require DuPont to clean the landfill, and could support both negligence and personal injury claims. However, after the suit was filed it, came to the attention of Bilott that a joint investigation of a “Cattle Team” of veterinarians from both the EPA and DuPont was already in effect. Their report came to be inconclusive and was faulted by Tennant’s inadequate care of his cattle after their death. This result was directly guided by DuPont. By funding the investigation to benefit the company, rather than truly investigating causes of death: a common occurrence with industry-funded research.4 Regardless, the results were discouraging for all involved, and had Bilott seriously questioning the likelihood of any successful outcome in the case. From the beginning, the circumstances were unusual for a corporate defense attorney to undertake this case and could be disastrous. Amid the struggle, Bilott decided “to stand up against power” and help a community in need. He chose the path less traveled and continued to advocate for his single client, which eventually resulted in a major lawsuit representing thousands of people.5

Driven to uncover the truth, Bilott requested a new round of discovery from DuPont. This included any documents that might qualify as evidence in the case. Similarly, the company did the same. This is a standard defense mechanism by pushing back aggressively. DuPont was insistent on objecting to providing any files, when they finally decided to send over sixty thousand documents to potentially overwhelm Bilott’s efforts. Among the files, many mentions of the chemical PFOA, also known as C8, a slippery surfactant, that was first produced by DuPont in 1938, appeared. It is a chemical used in the manufacturing process of Teflon. Yes, the household name used as a cookware coating agent that is advertised to make food not stick and is known for its durability in comparison to other plastics.6 However, DuPont had no permits to use such a chemical, and the EPA had already recently requested the company 3M cease using it. In the collection of more in-depth documents regarding the chemical, PFOAs were found to be in the public water of the surrounding community. Thus, an explicit violation of the human right to safe and clean drinking water as declared by the United Nations and recalled from the Universal Declaration of Human Rights.7 In addition, the questioning of DuPont’s scientist Dr. Anthony Playtis concluded an alarming discovery. The company’s study on employees’ blood and blood from blood banks across the country revealed something astonishing. The chemical was found not only in the blood of their workers, but also in the general population. Essentially, it was present anywhere the chemical had been produced or released.8 This was a very much unexpected discovery finding.

There was an apparent need for action by both sides. Bilott zealously advocated for Tennant to receive justice, especially after it was found that DuPont had been dumping over 7,100 tons of PFOA-laced sludge adjacent to Tennant’s property. Not only was it seeping into the ground, but it was in the Ohio River and all local water supplies. This directly affected the health of Tennant’s cattle as well as his health and that of his family. When DuPont caught wind that Bilott would be requesting information from water companies, they hastily offered a settlement; an agreement that could help DuPont avoid a trial. To Tennant’s dismay as an unfulfilling end, he agreed to settle in 2001 to end the grueling battle. This seemed to be an end to DuPont’s troubles, but Bilott proceeded to mount a class action lawsuit for approximately 70,000 people living in West Virginia. Their claims created the Leach Settlement Agreement to determine the causation of human diseases from DuPont’s chemical waste in order to sue for damages. This involved a science panel that was required to provide a link for exposure of the 70,000 Leach Class members.9 The world-class epidemiological study lasted seven years and concluded in 2011. The panel established causation links between PFOA and six human diseases. This included kidney cancer, testicular cancer, thyroid disease, ulcerative colitis, hypercholesterolemia, and pregnancy-induced hypertension and preeclampsia, among many others discovered in subsequent studies. Thus, over 3,500 class actions were filed against DuPont within the West Virginia and Ohio areas alone that directly related to the six diseases. Ultimately the case of Leach v. E.I. du Pont de Nemours & Co. & related cases reached a settlement of $335 million, and an additional $70 million for community health and education.10

It is puzzling why DuPont could so carelessly poison a whole region. How can such horrendous acts against humanity occur in the first place, aren’t there regulations? You may ask. Well, the EPA, under the 1976 Toxic Substances Control Act (TSCA), is only able to regulate chemicals that have been known to cause harm. Until 2011 only due to Tennant’s first legal battle with Bilott, human harm of PFOA was confirmed. Hence, the EPA was able to sue DuPont for $10.5 million after it was found they knew of the chemical’s detrimental effects. This is often classified as the “largest civil administration penalty in EPA history.”11 Nonetheless, after continuous studies by the EPA, they have announced an Action Plan as of 2020. They are proposing to regulate PFOA under the Safe Drinking Water Act (SDWA).12 The EPA has also already developed new testing methods. In addition, they are currently providing technical assistance to states on PFOA contamination and treatment; while taking enforced action against violation of requirements in TSCA.13 This is undoubtedly a major win for the American people against immoral corporations, for those who were included in the Leach settlement, plus Wilbur Tennent and Robert Bilott.

Redress often comes through the American court system but can remain overlooked by the everyday persons. Thus, awareness of the PFOA issue and corporate accountability are needed on a national scale to encourage continued relevance and battles. Several films portray these real-life events between Corporate Goliaths and the ‘Davids’ who take them on. Erin Brockovich (2000), played by Julia Roberts and directed by Steven Soderbergh, depicted a legal assistant who pushed her supervising attorney to advocate for the clients against Pacific Gas and Electric.14 Recently, the film Dark Waters (2019) recounted Attorney Rob Bilott’s story he wrote in his published book Exposure. The film stars Mark Ruffalo and is directed by Todd Haynes who told the story to reach a nationwide audience. The retelling of the events is a necessary tool to engage thought-provoking and insightful knowledge of an event that irremediably affects the health of every person living today. Although there is no happy ending to this story, the ability to be informed of how certain things affect you and “change the way you function in the world” is ultimately what the film Dark Waters intends to do.15 Mark Ruffalo took his role beyond acting and spoke in front of a Congressional Subcommittee Hearing, to encourage change in national policy, using his notoriety to add weight to the clear urgency of protecting our drinking water.16 In addition, documentaries such as The Devil They Knew have been produced to give a closer look into the events and lives of those directly affected as well. For instance, affected resident and activist William Bailey, was born with multiple congenital disabilities. This included one nostril, a keyhole pupil, and a serrated eyelid, a likely result from his mother’s full-time occupation. She worked at DuPont in Parkersburg, West Virginia, and was in direct contact with PFOA/C8 every day. Much to her suspicion when she returned to work after her son’s birth to find DuPont had removed pregnant women from Teflon contact. She had also found records of similar congenital disabilities after identical exposure. However, Bailey’s deformities have been determined not to be a result despite evidence from DuPont’s scientist of potential harm that C8 could cause to fetuses. Nonetheless, Bailey has also used his experience for insight before Congress to urge policy and monitoring of PFOAs.17

The unceasing efforts of one corporate defense attorney and an everyday farmer have brought monumental change to the forefront of American policy. This can be aspirational for others to strive to restore social justice in the system. It merely begins with introspection and tenacity like Robert Bilott in order to overcome and be triumphant. It is easier to stand down in the face of adversity. Yet, years of an unwavering battle to unleash the toxic secret of a corporate giant brought a worthwhile outcome. Nonetheless, winning a court case, receiving compensation via settlement, and awareness by policymaking cannot excuse the corporate evil that began in Parkersburg, West Virginia, and how it affects nearly all humans today.