Hunters of the Old Stone Age 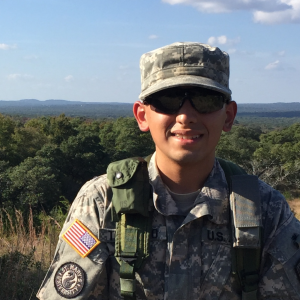 Ever wonder how natural instinct aided in our species’ remarkable triumph against the endless dangers of the Paleolithic Age? We should not underestimate the amazing feat of our ancestors’ success in overcoming the scarcity of vital resources and their ability to withstand traumatic encounters with treacherous wildlife. With that in consideration, our predecessors’ ability to analyze, adapt, and overcome obstacles ultimately resulted in the prosperity of our species.

In our most adolescent years of species development, our ancestors established unique methods in conquering the colossal tasks of surviving in the Stone Age.  To compensate for their small structure, Paleolithic hominids used simple resources to craft efficient weapons, and applied their intelligence to create impeccable coordinated attacks. Studying the individual and group behavior of their prey enabled our prehistoric hunters to discover new hunting strategies. Through critical thinking, it influenced their decision in choosing the best time to strike their prey so as to ensure positive outcomes from their attacks.1  Their persistence, planning, and effort resulted in the recurrent and inevitable demise of their prey. The types of animals that were chosen in hunts often depended on their size and aggressiveness. In order to continue providing for the hunter-gatherer community, hunters kept wary of the possible risks that came with hunting dangerous animals with dangerous reputations, such as Woolly Mammoths, Woolly Rhinoceros, and Cave Lions. Hunters invented ranged weapons in order to compete with their prey, which changed the necessity of close contact with these large beasts, and really opened up their options in creating more intuitive attacks. This new method of ranged hunting allowed them to attack from safe distances, and ultimately minimized the dangers that came with hunting more rewarding animals.

Hunters were assigned different types of weapons depending on the body type and size of the hunters. This method was established to maximize damage efficiency and control over the advantageous weaponry. Spear throwers were usually tall hunters with proportionally longer arms, which gave them greater leverage and control. Smaller hunters typically used bow and arrows, which did not require long arms, and their training allowed them to master this much more precise and sophisticated approach.2 Attacking in large hunting groups allowed hominins to overwhelm and defeat their much larger prey. Hunting larger animals came with greater risks, but the possible rewards and resources that were obtained through conquering these enormous animals balanced out the possible fatalities: the bigger the risk, the bigger the reward.3

Some of the weapons utilized in these prehistoric encounters were primitive tools made from the simplest materials such as rocks, sticks, and bones.  Although wood was much available, bone was preferred when due to its density, strength, and the convenience in being to able to mold it easily. Hominins used animal bones to create spear tips and arrows that would last much longer than the original method of using wooden spear tips.4 Through their inexpensive and useful resources, they were able to create effective hunting tools in small amounts of time, resulting in the discovery of the traditional throwing spear, the bow and arrow, and hunting traps. Their innovative weapons were designed to incapacitate a great variety of animals, and did so with much more efficiency.

Through the astounding accomplishments and efforts of our ancestors, their revolutionary inventions and mental growth has allowed us to thrive in our world, and has helped us develop into the dominant species we are today.  Without our ancestors abilities to strategize, coordinate, and desire to survive, our existence would have been wiped off the face of this Earth many million years ago.