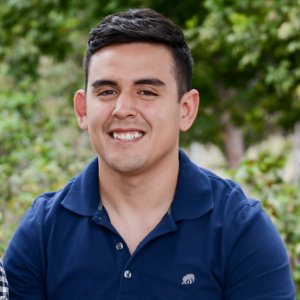 “Hello, I’m Johnny Cash.” These famous words once echoed within the walls of a prison that earned its fame through a song. The performance, though, was much more that just a set of lyrics or a nice tune. On January 13, 1968 at the beginning of what would become a tumultuous year, Johnny Cash, June Carter, Carl Perkins and the Tennessee Three performed two shows at Folsom Prison in California. These performances would forever change the landscape of music, reaching Time Magazine’s 100 top albums of all-time in 2006, while also raising awareness for prison reform by putting it into the spotlight.1

Before this performance, Johnny Cash and his health were in a downward spiral. His song “Folsom Prison Blues” was inspired by the film “Inside the Walls of Folsom Prison” in which he saw himself as a prisoner at Folsom. This song caused many of the inmates and people around the United States to believe that he was once incarcerated at Folsom Prison. This was not true, although Mr. Cash had spent a few nights in other jails for drunk and disorderly conduct and possession of drugs. This led many to believe that because of this, Cash’s music and performances resonated with deeply with prisoners.2

The Civil Rights Movement brought attention to prison reform, and Cash’s home state of Arkansas was one of the worst offenders of these kinds of abuses. Their ineffective treatment and rehabilitation of their inmates, along with poor living conditions made him empathize with the men. He decided to use his social and celebrity status he decided to spark a change.His dependence on drugs at the time made Columbia Records unwilling to record a live performance at the prison. But in 1967 both Cash and Columbia Records underwent major changes, and when Bob Johnston was put in charge of Cash’s musical performances, Folsom Prison was a go.3

The performance was set for January 13, 1968, so the band and Cash’s father arrived three days earlier to rehearse the carefully crafted lineup of songs. While at El Rancho Motel in Sacramento, California, the Governor of California Ronald Reagan, who was there for an after-dinner speech, visited the band and offered his words of encouragement.4 The night before the performance, Cash stayed up late rehearsing a song written by inmate Glenn Shirley called “Greystone Chapel,” which was about finding God in the chapel at Folsom Prison. Moved by the lyrics “Inside the walls of prison my body may be/But the Lord has set my soul free.” Mr. Cash vowed to play the song the next day. 5

On the morning of January 13, Mr. Cash met with Los Angeles Times writer Robert Hilburn (who later wrote the biography Johnny Cash: The Life) and photographer Jim Marshall at Folsom Prison where things were tense. A guard had recently been taken hostage, and so the inmates were told not to stand during the show. Armed guards carefully watching the crowd from above, but apart from all the chaos stood a calm man dressed in all black. When he took the stage for his first performance out of two that day, the inmates were told not to cheer until he had introduced himself, and they listened. His first song on the list, Folsom Prison Blues, sent the crowd into an uproar and the entire event was a huge success.6

Four months after the performance, the album At Folsom Prison was released. More importantly was the success that came with it, which allowed Cash to speak more about the reform needed in prisons. “He thought the prison system was broken, it wasn’t fixing anybody,” said Mark Stielper, a friend of Cash’s and the family’s designated historian. “The population was mixed, kids and killers. This was his thing; he was really bothered by that.”7 With no other celebrity making society aware of those issues at the time Mr. Cash brought major spotlight, and as a result he was invited by Senator William E. Brock III (R-Tenn.) in July 1972 to testify before the Senate Judiciary Committee’s subcommittee on national penitentiaries. During the same visit Cash met with President Richard M. Nixon in the Oval Office to further discuss the issue. After these important meetings he continued to perform at other prisons, Mr. Cash also spoke about the issue at concerts and on his TV program, and would also visit inmates at his home in Tennessee to play cards and socialize with them. 8

On top of all the musical success was a nation who did not support the cause of prison form enough, and so no traction was really gained from Cash’s advocacy. The performance though, left a lasting effect on country music and solidified Johnny Cash as someone who stood up for those who are often misunderstood and needed help, mirroring his own personal life in a special way.

“So my intuitive take on the time around Folsom is paradoxical, given what the subject matter was: It was the moment that he came into the light. It’s a paradox, but it’s true. When I think about my dad’s life and I think about that moment, that’s when there’s a kind of force, when he embodied who he really was. And that’s light, no matter how much darkness is in it.”

Video interviews made by Northern Light. |  Courtesy of YouTube