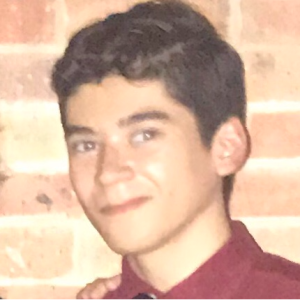 ZZ Top is a rock n’ roll band that formed in Houston, Texas in 1969. The band consisted of only three guys, all twenty years old at the time. Billy Gibbons played guitar and vocals, Dusty Hill played bass and vocals, and Frank Beard played the drums. The band proved almost instantly that they were something special. They had a unique style of blues and rock n’ roll combined with energy and power. Above all, they were pioneers of the Southern rock genre of music. Billy Gibbons, an expert guitarist, had a signature sound that worked superbly alongside the rhythm of Dusty Hill and Frank Beard. Gibbons had a deep low voice that contrasted nicely with Hill’s higher pitch singing. Their songs had a feeling of rough Texas grit that was very distinctive to the trio. Within a year, the three signed a deal with London Records and released their first album on January 16, 1971, fittingly called ZZ Top’s First Album. The band quickly gained popularity with their groundbreaking third album Tres Hombres in 1973. In it, their legendary song “La Grange,” known for its catchy rhythm and distinctive vocals, was a radio hit. The trio quickly gained a positive reputation, along with the nickname “That Little Ol’ Band From Texas.”1

In the early 1970’s, ZZ Top continued to rise in popularity. The release of their fifth album Fandango! in 1975 brought them tremendous success.2 Their manager, Bill Ham, saw an opportunity. He knew that ZZ Top had incredible potential to become sensational. They needed something that could spread the word of ZZ Top even further. So, in early 1975, the band decided to go on a massive tour to further promote the success of their album. They knew this tour couldn’t be like any ordinary tour. They also knew this tour would be critical to their success. It would have to be big. An idea was formed. The main idea of the tour would be to bring the culture, imagery, and spirit of Texas across the United States. It would make the roots and feeling of ZZ Top’s Texan energy clear to all who attended. The band also decided to play up their “Texan persona” by being playful and captivating to their audiences who had not yet been exposed to southern culture. They thought of the slogan: “bringing Texas to the people.” Though they would only travel the United States, it was decided that it would be called the “Worldwide Texas Tour.” It was planned that ZZ Top would perform 100 shows across the country in 18 months. It was an ambitious idea, but Bill Ham was confident in the tour being a success.3

In preparation, ZZ Top’s manager Bill Ham hired Bill Nuram, who had created their previous album covers and posters, to design the stage and scenery for the tour. The stage was huge—in the shape of Texas—and tilted about 6 degrees so people could see. Taking seven hours and forty people to set up, it was over 3,000 square feet and weighed about thirty-five tons, costing about $100,000. The real display was what would be behind the stage: a 180-foot-long backdrop hand painted with various Texas landscapes, including Santa Elena Canyon in Big Bend National Park, and the Rio Grande, paired with lighting that would simulate dusk and dawn.4 According to Dusty Hill: “There were six or eight semi-tractor trailers to carry the gear. They were painted with a panoramic desert scene, and they had to travel down the highway in a certain order so the scene went from one to another.”5 Also brought on the tour were about 130 different lights—in addition to 260 speakers—all together accumulating 160,000 watts of power.6 Different Texas plants were additionally included to be displayed during the shows, such as cactuses, agaves, and yuccas. Bill Ham also came in contact with a well-respected animal wrangler and rodeo entertainer named Ralph Fisher. Fisher had no idea about ZZ Top, once saying: “About a year before the tour started, someone knocked on my dressing room door and told me that Bill Ham, the manager of ZZ Top, would like to interview me. I said: ‘ZZ what?’ I had no idea who they were.”7 Bill asked Fisher if he could train a buffalo. Fisher simply replied “Yes” and was hired on the spot. Bill explained how he wanted to bring Texan wildlife on the tour. Along with the buffalo, the band brought with them a Texas longhorn, an armadillo, a javelina, two rattlesnakes, and two vultures, all of which had to be trained to be exposed to loud music and flashing lights, as they would be presented alongside each performance. Ralph Fisher recalls:

“Bill wanted a real live buffalo on stage, and a live Texas Longhorn. So I procured both. I rented a scissor lift so I could train them to walk up a ramp and get on a platform. For months, we played loud rock music to them on a timer so it would come off and on during the night, along with a light show. I popped firecrackers near them, waved flags, anything to simulate what might happen in a concert. I already owned several other animals for my rodeo show, including the buzzards, so it naturally fell to me to acquire all of the animals for the tour.”8

The animals had about $140,000 spent on their well being, including veterinarians and animal experts. According to Billy Gibbons: “The animal rights groups were always present to make sure that these critters were being taken proper care of.”9 No expense was spared. The entire ordeal took a crew of fifty people travelling in thirteen vehicles transporting about seventy-five tons of equipment in total. The entire production and crew was insured for $10 million dollars. The Astroarena in Houston, Texas had been rented for a week in order for the band to rehearse and the crew to prepare.10

The tour started on May 29, 1976 in Winston-Salem, North Carolina at Groves Stadium, with Lynyrd Skynyrd as openers. ZZ Top would travel all over the United States for the next eighteen months preforming. Everyone loved the Texas spirit that the band brought with them, and they especially loved the animals. The rattlesnakes were the most dangerous animals, so the crew would sometimes let one safely escape and make a spectacle out of recapturing it to get ZZ Top the headlines. The only problem that became apparent early on was that the rattlesnakes could not travel in the cattle trailer because they scared the longhorns and buffalo. The head of security put them in a steel toolbox, drilled holes in it, and stuck biohazard stickers all over it, and was tasked with taking the snakes himself from show to show.11 Even though the animals had been trained, it still stands that animals are unpredictable; and sometimes the crew did have issues with them. On June 3, 1976, a large vulture decided to take flight in the middle of a show. Billy Gibbons recalls the event:

“He was making circles around the dome of the arena. And Ralph Fisher came out. He had trained this buzzard to look for a white hat and land on his head. But in our audience at the time there were a lot of white hats. And this buzzard was swooping and circling. He didn’t know which white hat to land on. Finally we had to stop playing, and Ralph came out in the spotlight and whistled to the bird to land on his head. It made the rest of the evening rather challenging. How do you outdo a bird that knows how to land on a guy’s hat?”12

Throughout the tour, manager Bill Ham was stern in his practice. His job was to make sure everything went smoothly. He did not allow the band to drink too much or party too hard, in risk of jeopardizing the tour. After their show in Atlanta on June 5, 1976, Bill had to deal with someone selling bootleg merchandise. Co-designer Micael Priest described Bill’s reaction: “Bill Ham got this guy by the scruff of the neck and they took him into a side room, and there was quite a ruckus. Then it got real quiet, and Bill appeared at the door, all smiles, with his arm around the guy’s shoulder, and he says: “Ladies and gentlemen, I want you to meet our new head of merchandising.”13 A week later, the June 12 performance was probably the most disrupted show of the tour. Aerosmith was the opening act for ZZ Top at Three Rivers Stadium in Pittsburgh, Pennsylvania. The front rows were filled with ZZ Top fans who weren’t exactly thrilled about listening to Aerosmith. The fans were getting riled up and throwing things on stage, making it difficult for Aerosmith to preform. At one point, a ZZ Top fan crawled underneath the stage and unplugged the cables, shutting down the power. The fans became even more rowdy having to wait for ZZ Top. 14 According to the concert promoter, Rich Engler:

“You had ZZ Top, “beer drinkers and hellraisers,” put together with a hair band, and the chemistry did not work for that audience. Aerosmith faced a barrage of beer bottles, cans and fireworks. To make things worse, halfway through their set the power went out. It turned out a ZZ Top fan had crawled under the stage and pulled the cables out. I found the chief electrician and he plugged everything back in so Aerosmith could finish.”15

Aside from the few incidents, the tour was a massive success. “That Little Ol’ Band from Texas” was now officially a nationwide hit.

The entire tour ran from May 29, 1976 to December 31, 1977, with 98 shows in total. The last show took place on New Year’s Eve at Tarrant County Convention Center Arena in Fort Worth, Texas. ZZ Top had traveled to venues and stadiums across the United States and sold over 1.2 million tickets. It was one of the largest-grossing trips in rock at the time.17 The trio even managed to record their next album, Tejas, while taking breaks during the tour. The Worldwide Texas Tour was elaborate, exciting, and extraordinary. It went down as one of the most unique and memorable rock n’ roll trips in history. When the tour was over, Ralph Fisher, who had stayed with the band the entire time, remarked:

“I was left with nothing but the highest respect for that band. They were gentlemen, they treated everyone honestly. I never once saw any of the band doing drugs. I only saw them doing business, getting on planes, performing. They’d have a pretty good party after it was all over, though.”18

Fisher was subsequently inducted into the Texas Rodeo Cowboy Hall of Fame. Designers Bill Narum and Micael Priest became leading figures in the Texas art scene.19 After the Worldwide Texas Tour, everyone involved was understandably exhausted. The band decided to take what was supposed to be a 90-day break—which ended up extending two years. Billy Gibbons went to Europe, Dusty Hill went to Mexico, and Frank Beard went to Jamaica. During that time off, Billy Gibbons and Dusty Hill grew chest-long beards, which they added to their persona once the band returned. The trio would go on to produce many more hit songs and albums, especially in the 1980’s with the emergence of MTV.20 They stayed under the management of Bill Ham until 2006. In 2019, the trio celebrated their 50 year anniversary as a band. ZZ Top continues to play to this day, and they don’t plan on stopping anytime soon.21