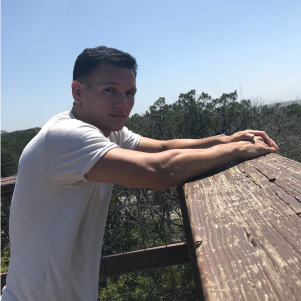 The history of horse racing rested on the flip of a coin. In the year 1969, Penny Chenery lost to Philip Ogden in a game of fate. The two stable owners tossed a coin for the first choice of two foals sired by the famed racehorse “Bold Ruler.” Philip won the coin toss and ended up leaving Penny with the foal that would one day grow up to be a Triple Crown Winner.1 Secretariat’s journey started on March 30, 1970. He was born with three white socks down near his hooves and a dazzling chestnut coat, an appearance that ultimately caused him to don the nickname “Big Red” in years to come.2

Secretariat is the greatest racehorse to have ever lived, but his racing debut did not go as many would expect. On July 4, 1972, Big Red took to professional competition for the first time at Aqueduct Racetrack. There, he displayed tremendous speed by catching up to the lead horse by seven of eight lengths, with a length being approximately eight feet, and ended up placing in fourth. His second race took place on July 15, 1972. This was the day he became iconic for his raw power and stamina. Secretariat was a horse that gained strength and speed the farther he barreled into every race, and this was certainly no exception and marked the first win of his career. Eventually, on July 31, 1972, Ron Turcotte took Big Red’s reigns and became his main jockey. Turcotte and Big Red were a match made in heaven. Indeed, the duo went on to win six races together, leaving Secretariat with a record of seven wins and two losses. He was named “horse of the year” due to his tremendous record, and was the second two-year-old in history to have ever captured this honor. 3

After a year, spring came into full bloom, and with it came the 1973 Triple Crown. At the age of three, Secretariat was better than ever. He had grown an inch and a half, and, after a winter of training, he was ready to race to glory. The season started off with two easy wins at the Bay Shore and the Gotham Stakes, both races were held at the Aqueduct Racetrack in New York. With two wins under Big Red’s belt, he seemed almost unstoppable. On April 12, 1973, however, he encountered his first true competition of the season at the Wood Memorial Stakes. There was an incredible upset that led to Secretariat placing third, Sham placing second, and Angel Light placing first. This marked Secretariat’s first loss of the season, at the last important race leading up to the Triple Crown, no less.4

Secretariat and jockey Turcotte, undeterred by their loss, moved into the three races making up the Triple Crown: the Kentucky Derby, the Preakness Stakes, and the Belmont Stakes. And each one showcases the fastest horses and the most talented jockeys of the year. This was competition like Big Red had never experienced before.5 When the 1973 Kentucky Derby rolled around, Ron Turcotte and Secretariat took to the gates. Time stood still, and once the gates blew open, Secretariat barreled out. With a slow start, the two started in the back of the pack. As the race went on, Secretariat naturally began to build up speed. He surged through the middle of the pack and moved up towards Sham, who was working his way into the lead. Secretariat took to the outside of the group and quickly closed the gap between Sham and himself. The two were neck and neck as they came out towards the final turn, each jiving for first. After precious seconds of conflict, Secretariat gained a lead on Sham and started to pull away towards the finish line, eventually winning the Kentucky Derby.6

Secretariat and His Jockey, Ron Turcotte, at the Belmont Stakes (June 9, 1973) | Courtesy of slicethelife.comWith one of the three races won, Big Red quickly moved on to the Preakness Stakes. Sham had proved to be his main competition in the previous two races, and they would constantly be locked into combat down on the track again. When the race started, six horses raced out of the gates, forcing Secretariat towards the back of the pack, while Sham barreled to first. Big Red began to dash his way up the outside again, quickly overtaking fifth and fourth, then smashing through third and second place. Early on into the backstretch, Secretariat caught up to Sham. Again the two horses went head to head before Secretariat passed Sham on the outside of the track. Secretariat pulled away and continued to slowly lengthen his lead around the last turn and the final stretch, coming in first.7

June 9, 1973, marked the day that would change the history of horse racing as we know it today. It was, after all, the day of the 1973 Belmont Stakes, the final race of the Triple Crown. The gates snapped open, and Secretariat rushed out onto the track. He quickly moved into fourth and surged up into first shortly after the first turn. There, Secretariat was naturally met with his mortal enemy: Sham. Sham and Secretariat quickly found themselves locked in a battle yet again. This time, however, everything was on the line. Sham moved shortly back into first as the two entered the backstretch. Not to be outdone, Big Red moved back into first and started to pull away. He gained over Sham inch by inch, and continued to charge on through the final turn and off to the finish line, winning the Belmont Stakes and becoming a Triple Crown Winner.8 At the end of it all, he won by a record-breaking thirty-one lengths. Understandably, the times that Secretariat ran all three races have yet to be broken by any horse today.9

Secretariat later retired after his third year of racing. He was moved to Claireborne farms, where he sired five hundred and eighty-two offspring. Forty-one of his offspring went on to become stakes winners.10 Big Red, ripe with old age, eventually became sick with laminitis, a painful and often deadly hoof disease. He was put down October 4, 1989.11 He was the horse that changed history, and his hooves still echo through the hall of racing history today.