The Miracle on the Hudson: The 208 Seconds That Defined Captain “Sully” Sullenberger’s Career 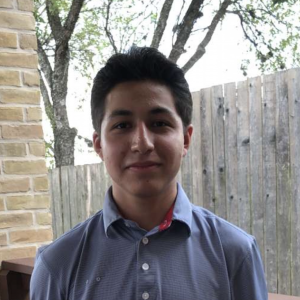 It was like any other day that Captain Chesley Sullenberger had flown before. Clear, blue skies, and in the midst of a cold winter, a high of only 19˚ Fahrenheit.1 On January 15, 2009, “Sully” would be flying out of LaGuardia Airport on a routine flight to Charlotte, North Carolina. Although having forty years and a total of 20,000 hours in the air, his career was about to be judged on the 208 seconds he had onboard the unfathomable flight of US Airways Flight 1549.2

Sully found his love for flying at sixteen and was ecstatic to learn that he was selected to go into the United States Air Force Academy. From there, he would go on to serve as a fighter pilot for the Air Force and reach the rank of Captain. In the Air Force, he made contributions as an Airline Pilots’ Association representative for the National Transportation Safety Board on aircraft accident investigations.3 With years of experience as a pilot in the Air Force, Sully would continue his career in aviation with Pacific Southwest Airlines, who then later would be bought by US Airways.

On January 15, 2009, Captain Sullenberger arrived at LaGuardia Airport for a scheduled flight to Charlotte, North Carolina. After completing his pre-flight checklist, Sully and First Officer Jeff Skiles took off at approximately 3:25 p.m.4 Flying an Airbus A320, this plane felt natural to Sully, since he flew so frequently with this aircraft. He deeply understood the qualities of the A320. Every tremble to every shake of turbulence, Sully knew what to expect from the plane. All commercial pilots must always be ready to encounter any anomalies that might present themselves during a flight, but no pilot has ever trained for what Sully is about to go through.

About two minuets into the flight, a flock of Canadian Geese struck the plane. Sully knew instantly by the violent shaking of the aircraft that something was seriously wrong with the plane. Immediately, the plane lost thrust, both engines rolled back, and all power in both engines were gone. Sully could smell the burning of the engines and after several attempts, he knew that they could not be restarted. With only seconds to react, Captain Sullenberger called air traffic control and said, “Aaah, this is Cactus 1549. We hit birds. We lost thrust in both engines. We’re turning back towards LaGuardia.”5 Once the message was reported, Sully took a sharp left turn to head back to the airport. The air traffic controller then asked Sully if he wanted to land at LaGuardia, to which Captain Sullenberger eerily replied, “We’re unable. We may end up in the Hudson.”6 There was a moment of silence between the air traffic controller and Captain Sullenberger. The air traffic controller followed up by asking if the plane could land nearby at Teterboro Airport, and Sully replied calmly, “We can’t do it,” to which another controller asks which runway he wants to aim for. Sully responded, “We’re gonna be in the Hudson.”7 At this moment, all communication ceased for the rest of the flight.

At about 3:29 p.m., Captain Sullenberger knew he was too low to make it to any surrounding airport and made the fateful decision to land the plane in the Hudson River. He eased the yoke away from New York City and aimed the plane directly in line with the river. Knowing that time was of the essence, Sully understood that the one message he was about to give to the passengers and crew would be detrimental to the survival with everyone on board. As the plane slowly glided towards the Hudson, Sully said the most important piece of dialogue in his entire career, “This is your captain, brace for impact.”8 The flight attendants instantly knew what actions they needed to take. They yelled with urgency saying, “Brace! Brace! Brace! Heads down, stay down!”9 This gave the confidence Sully needed to know that his one message did not induce panic, but allowed the passengers to follow clear directions before the hard water landing that was approaching. Seconds before touching the water, Captain Sullenberger asked First Officer Jeff Skiles a single question, “Got any ideas?” “Actually not,” said Skiles as they both braced for impact.10

When they lifted their heads, Sully and Skiles quickly realized that they, by some miracle, had successfully made a forced water landing. Captain Sullenberger opened the cockpit door and immediately gave the cabin the command to evacuate. Sully’s mission was not over yet, as water started to rush in fast through the plane and he needed to make sure that every person was off that plane before him. With an air temperature of about 19˚F and a water temperature of 41˚F, there was a high chance for the passengers to get hypothermia within minutes.11 Fortunately, two NY Waterway ferries came to the rescue within minutes of the plane hitting the water. After a complete headcount, it was confirmed, all of the 155 souls on board had survived.

Captain Sullenberger and First Officer Skiles were praised by the media for doing what was thought to be the impossible; however, they were not in the clear just yet. On February 24, 2009, both Skiles and Sullenberger were required to attend the hearing of the US Airways Flight 1549 Accident.12 Members of Congress questioned them about the decisions they made, why they made them, and if they were using good judgement that did not unnecessarily endanger the lives of the passengers. Several simulations were created to determine whether or not Sully would have made it back to either LaGuardia or Teterboro airport. To Sully’s surprise, the live, virtual simulations showed that the aircraft could make it back to both LaGuardia and Teterboro airport. That could not be possible. Sully knew that the plane did not have the speed needed to make it back; they were descending too fast. He noticed in the simulations shown to him that the pilots instantly started to head back towards the airport, as if they were instructed upon impact by the birds to return to the airport. Sully made the argument that those simulations were not accounting the human factor in flying the dual-engine lost aircraft. Although the flight simulations were done with two, very experienced pilots, they were acting like robots who already knew what to do, according to Sully. Captain Sullenberger and First Officer Jeff Skiles both had to assess the damage to the A320 before making the decision to return to the airport; these flight simulator pilots did not do that. Sully’s persistent argument of accounting the human factor led to new simulations, now providing a thirty-five second grace period before the flight simulators could start heading back to the airport. The simulation showed the pilots in the flight simulator could not make it back to either LaGuardia or Teterboro, thus proving that Sully was right in his judgement to attempt to land the plane in the Hudson River.13 Upon further review, evidence showed that what Captain Sullenberger did that day was the best option for the survival of everyone on Flight 1549.

In 2010, Sully retired from his career in aviation but continues to advocate safety among aircrafts. What happened on that eventful day in January was something that no pilot had ever trained for, and yet, Sully seemed the most qualified to take on that scenario. Not only did Sully become a hero, but everyone else who was there is one too. The Coast Guard, the flight attendants, and the passengers themselves all worked together in order to get out of what seemed like a horrible nightmare. Sully paved a new way for what safety precautions all aircrafts need to know how to handle when a threatening situation arises. Whatever difficulties that may arise, always remember what Sully did that day, don’t ever give up.

I am a Business Management major at St. Mary's University, class of 2024. With this major I hope to pursue a passion that involves both of business and being a pilot. I find joy in seeking new adventures and finding ways to challenge myself that will help me grow into the person I want to become.
Author Portfolio Page