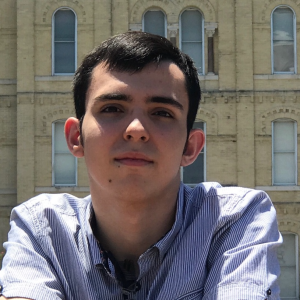 We often fail to question why we romanticize certain valuable items so prevalent in many societies over time. Some of the most common examples of valued items include gems like diamonds, but an even more ubiquitous case by far can be made for how glamorized gold has remained over time. For centuries, scientists sought to master alchemy in order to turn dust into gold. The American Gold Rush brought people to California from around the world. The stories of Cevola/Cibola, the Lost City of Gold, factor historically to help explain the attraction to Gold. Gold stands at the center of cultures through multiple books and movies like National Treasure and even Dora and The Lost City of Gold. As such, the road to finding gold still appeals to many despite the horrendous history surrounding both gold and how to mine it or search for it. The pursuit of Cevola by the conquistadors lead to a multitude of indigenous civilizations and tribes being absolutely destroyed while the American Gold Rush led to massacres and the displacement of large groups of indigenous people. While one might like to think that these accounts of death and displacement belong solely in the past, justifying today’s continued idealization of gold’s value, I regret to inform you that modern gold rushes, much like the ones of the past, continue to decimate indigenous tribes and ravage the environment. The two largest regions where gold is exploited are on the Africa continent and in South America. Deforestation is held as having the most devastating environmental impact in South American, leading environmental groups to focus their battles against logging and deforestation in the Amazon Basin which obfuscates the damage done by gold mining in the area when in fact the two practices are often closely related.1 While logging and deforestation remain at the forefront of environmental activism, illegal mining produces dangerous and lethal environmental consequences threatening the health and rights for indigenous populations.

Amazonian illegal mining operations tend to be smaller in scale to avoid detection. They often use mercury because it amalgams with gold specs and ore providing an infallible process to maximize returns. However, mercury is a highly toxic chemical. The issue is since it is an illegal operation, the people doing this follow no regulations, nor any apparent moral compass. They improperly use and dispose of the mercury, carelessly causing environmental degradation. The Nahua tribe fell victim to mercury poisoning in the past few years. The Nahua located in the Peruvian Amazon experienced a surge of mercury-related diseases that were fatal to some of the population.2 The source of contamination came through their drinking water although the origin or point of entry of contamination with mercury was never discovered according to Peruvian reports.3 However, these reports were heavily criticized for not reaching a substantial conclusion as to what the real cause of the mercury pollution was. It theorized that the source of the mercury is a result of gas mining or illegal gold mining since there were instances of illegal mining in the vicinity of the Nahua’s water source. Although the mercury contamination does not last long in running water sources and can be normally dealt with filtration, in the case of indigenous groups like the Nahua, they do not have the ability to wait for the mercury to pass through let alone the ability to filter it as they depend on the running water from the rivers and the sources but do not store water reserves. In a hypothetical instance where the Nahua could have waited out the mercury contamination for this singular occurrence, it is likely that a recurrence of this contamination would happen again given the high amount of mercury that is used in the Amazon.4

Artisanal and small-scale mining, which is often illegal, uses high amounts of mercury in their operations. It estimated that in the Amazon forest, anywhere from 275 tonnes up to 1000 tonnes of mercury are used and released in the water per year by these smaller mining operations.5 The issue then becomes more prevalent when this amount of mercury gets into the water and the sediment causing adverse effects on the flora, fauna like fish, and people who rely on those sources of food and water for their survival.6 Mercury pollution threatens the well being of thousands of indigenous people. Various tribes live on reservations, much like the ones in the U.S., and these reservations are meant to be protected. The presence of mercury contamination from illegal mining subverts the environment and bypasses those protections. Mining alone has detrimental effects on the communities and tribes across the Amazon. However, in the case of the Nahua and others like them, illegal mining had devastating effects. The most adverse impact of illegal mining comes from mercury whose lingering byproduct affects indigenous people like the Nahua overtime.

Beyond mercury contamination, indigenous tribes face multiple kinds of violations of their rights on their reservations. Illegal mining combines multiple factors like drug lords and cartels getting involved in the Amazon’s illegal mining scene in recent years, the number of illegal mines has increased and subsequently, competition and tactics used have become more brutal.7 Often, indigenous people are often forcibly displaced from their land to start mining the precious metal. But even when governments open mines, like in the case of the Ecuadorian government, they reserve the right to forcibly relocate indigenous people at will.8 Indigenous people can be forced into slavery to work in the mines where they once lived. An instance of this can be seen with the Yanomami tribe in Venezuela where indigenous workers had slave numbers tattooed on their bodies.9 Legal and illegal mining alike have increased violations of various clauses in both the Universal Declaration of Human Rights and the United Nations Declaration on The Rights of Indigenous Peoples.1011 Illegal activities come with many patterns that include other human rights violations with sexual exploitation and slave trafficking of non-indigenous people. When added to the environmental issues discussed above the ravages to the local community are impossible to withstand. And whether illegal mining or logging often deemed “legal”, both practices take advantage of the infrastructure like roads needed to facilitate transportation. Therefore, logging often starts where roads are left behind making access easier for logging where mining was once done which adds to the damage of previous environmental degradation.

In front of this growing number of human rights and indigenous rights violations covered by the media, well researched by various non-profit institutes, one would think that governments are taking actions to stop these illegal acts… right? Well yes, but really no. At least in Peru, indigenous groups began to sue the government over their actions. They won some cases and some changes were made. Yet the Peruvian Government did not choose to stop their actions of their own volition.12 But in other places, like Brazil, the road to solving the threat of illegal mining has taken some strange turns. Brazil does not have a record of good environmental policies. Furthermore, Brazilian authorities rarely enforce existing environmental policies either.13

So originally Bolsinaro, the President of Brazil, elected in 2018, had decided to start repealing the few existing environmental regulations that protected the Amazon in order to free up the logging and mining industries.14 But unexpectedly, Bolsonaro’s government proceeded to crackdown on both industries, logging and mining, due to international pressure which meant going against his electoral promises to deregulate these industries, this led miners to protest his environmental crackdown.15 Bolsonaro’s goal in doing this was to appeal to the international audience and in order to do that he began to focus on illegal activity, looked deeper into the causes of forest fires, and pulled back on the leeway given to commercial mining and logging industries which could be better regulated to protect the rights of indigenous people. Yet to no avail, Bolsonaro proceeded to double-back again. Since then Bolsonaro plans to further open the Amazon for commercial mining on indigenous land.1617 Brazil makes one believe that it intends to protect indigenous lives and rights by on the one hand cracking down on illegal, non-government-sanctioned mining activities, while on the other hand, favoring “legal” mining that further violates indigenous rights even more blatantly. At least in the case of Brazil, it should be recognized that commercial mining is, at large, not using mercury and not killing off or enslaving indigenous groups, but are nevertheless violating indigenous rights through displacement and endangering ecosystems.18

So at the end of the day what we do about these issues? Well, expecting governments to take action is one thing, voting people into office who will protect the Amazon and indigenous people would be a good start for these countries, so any advocacy work to that goal can help. Aside from that, there is little one can do to stop illegal mining, short of becoming an officer in one of the Amazonian nations or participating in boycotts that target gold from these nations. More feasibly, what one can do in order to be effective is by spreading information regarding these issues, and supporting organizations like the ones who helped the Nahua and those like the International Development Research Centre which have helped indigenous people in the past and support research regarding mercury poisoning of indigenous groups.19